Angband - Tales From The Pit 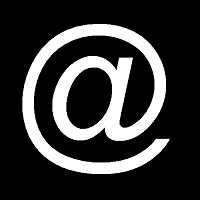 Angband - Tales From The Pit was a webcomic based on the roguelike game Angband.

It was a parody of many things - Angband itself, roguelike games, popular culture and many more.

It began in 2005 and finished in 2010 with nearly 800 strips. It was a big part of my life, and I'm glad to have done it. Looking back on it, some of the strips I'm still darned proud of. Some are pretty awful and just not funny. Some of them even I've forgotten what the original reference was! It's still hard to believe I managed to keep it running for that long with only a couple of missed updates, but I did it.

Due to a server move, maintaining the original format of the archives was not possible but I've made all the comics available below. Any previous (and now invalid) links to individual comics will redirect back to this main page

If you would like to contact me, I can be reached at roger at angband.calamarain.net, filling the @ in the appropriate place.